Eyes are considered the windows to the soul, so it's no wonder that anime characters with blue eyes tend to have standout personalities.

From cool and aloof to warm and compassionate, these blue-eyed characters are sure to capture your attention.

Here are just a few of our favorite anime characters with mesmerizing blue eyes.

Have you ever noticed that a lot of anime boys have blue eyes? It's a pretty common trope in the anime world, and there's a reason for it.

Blue eyes are often associated with innocence and purity, which is why they're often used in romantic comedies and dramas.

They can also be seen as cool and sexy, which is why they're popular in action shows and genres. So if you're looking for an anime with a hot blue-eyed guy, check out these ones! 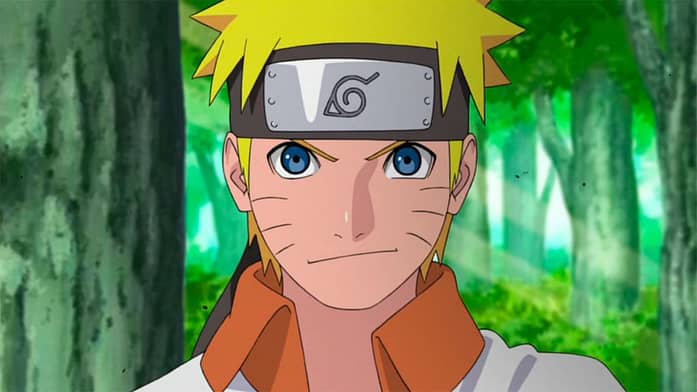 With his bright blue eyes and spiky blond hair, Naruto is one of the most beloved main protagonists in the most famous shonen series. This is because of his big heart and strong character.

His lifelong dream is to become the Hokage. With his persistence and hard work, he achieves this dream. He never gives up on his dreams, no matter how difficult they may seem.

The light blue eyes of Killua Zoldyck look terrifying, sometimes. Well, not surprising because he’s a trained assassin, unlike his best friend Gon who was raised in a peaceful countryside.

However, this doesn't mean that Killua is purely evil. In fact, he's a complex and nuanced character who is capable of great loyalty and love. This is one of the reasons why he's so popular with fans.

Recommended:
35+ Pink Haired Anime Characters To Moon Over The Season

Tetsuya Kuroko has blue hair and is a main character in Kuroko no Basuke. He's popular for his title as the Phantom Sixth Player of the Generation Miracles, a hoops powerhouse that included five other prodigious ballers.

He uses his misdirection skills to help the team reach the top. Just like his previous squad, Seirin's got some amazing talent.

Rin Okumura is the blue-eyed, blonde-haired son of Satan. He enrolls in True Cross Academy to learn exorcism and fight his father's evil forces. In doing so, he discovers his true power - the power to exorcise demons with his blue flame.

Though he starts out as a hot-headed troublemaker, Rin grows into a brave and selfless hero, protecting those he loves from the forces of evil.

Arthur has blond hair, which he always ties back into a ponytail when he's not on a mission. He's a brave and skilled fire soldier. His family background is a bit tragic.

His mom and dad abandoned him while he was young. But this does not hinder Boyle to train and work in Special Fire Force. Arthur is arrogant because of his skills.

Canute is a blue-eyed anime character with blond hair in the Vinland Saga. His classic features are helpful in portraying his personality as a peace-loving and sensitive Prince.

He is a great contrast against other hardened characters in the series. This prince is also childlike and but he undergoes a dramatic character development in the series, becoming a brave and heroic leader.

Tobio Kageyama is a player of volleyball in the Haikyu! series. He is a player in Karasuno High School and starts as a first-year student there. He plays as the starting setter.

He was nicknamed "King of the Court" because of his demanding and assertive attitude. However, after being defeated by Hinata Shoyo in their first practice match together, Kageyama begins to change his ways.

Khun knows how to get the job done no matter the cost. He's got silvery, white hair, and deep blue eyes. He's passed many tests with Bam and Rak, and always seems to find a way to twist the rules to win.

Despite his selfish nature, Khun is a friend to Baam. They worked together from the very beginning, because of a shared common goal.

In Assassination Classroom, Nagisa is a class 3-E student with blue hair and blue eyes. His classmates think he’s a girl due to his hairstyle.

Although he looks weaker compared to Karma and others, he can defend himself. Despite his kind personality, he doesn't allow others to belittle him. He possesses assassination abilities that even the most ruthless character feels fear.

Grimmjow is ranked 6 among all Espada members, and his ability is destruction. This semi-villain with blue hair and eyes reflects his power and strength in his personality and behavior.

He often enjoys taunting and insulting his opponents before he defeats them. Despite his ruthless nature, Grimmjow is also shown to be relatively honorable.

Whether it’s the color of their clothing, hair color, or eyes, anime female characters with blue eyes are sure to stand out from the rest. With their calm demeanor, these ladies are top 10 most popular characters in anime.

Here is a list of anime girls with blue eyes, based on popularity and how much they steal our hearts.

Kanna Kamui is a dragon in her realm. In her human form, she is a young girl with blue hair and little horns on her head.

However, she is still powerful and dangerous. Kanna acts like a child even in her dragon far. Well, she is young in dragon's years.

Purple hair often symbolizes mystery, magic, and royalty. So it's no surprise that when Senjougahara was introduced in the Monogatari series, she immediately captured everyone's attention.

With her dark purple hair and blue eyes, she has a stunning appearance. But it's her straightforward look and intense demeanor that make her unique from others.

Recommended:
20+ Anime Characters With Blue Hair And Their Uniqueness

Misa Amane is a beauty with blonde hair who has a troubled past. A famous model and television personality, she catches the attention of Light Yagami, the self-proclaimed Kira.

Their relationship is not your lovey-dovey kind. Light is using her as a pawn in his murderous game. However, Misa quickly falls for Light's charms and the two begin a deadly dance of love and lies.

When we first meet Touka, she is an extremely protective older sister, always looking out for her younger brother. However, we also see her fierce side - the side that's a ghoul.

She's capable of great violence and relishes it at times. But at end of the series, this girl softens up. The rage that defined her at the beginning starts to fade and turns to kindness.

If you've ever seen the anime Steins; Gate, then you know Mayuri. She's the best friend of Okabe Rintarou. This blue-eyed character is known for her optimistic perspective and her catchphrase, "tuturu!".

Mayuri is always there for her friends, offering them bits of wisdom and support when they need it most. Even in the darkest moments of the show, she brings a sense of light and hope.

After the war, Violet Evergarden becomes an Auto Memory doll, created to transcribe the thoughts and feelings of others into words. Being a war weapon, she never learned how to express her own emotions.

Violet's wide, blue eyes look so disconnected from the world around her because of her tragic war experience.

Rio Nakamura was once an elementary school genius. However, she got bored of her studies and landed in Class 3-E of Kunugigaoka Junior High School.

As a result, she found herself in the same class as Korosensei, the assassination target of her class. At first, Rio was terrified of him, but she soon learned that he is a gifted teacher caring individual.

Ai Hayasaka is currently in her third year at Shuchi'in Academy. She is a beautiful young girl with blond hair and striking blue eyes.

She always changes her outfit to suit the environment around her, whether it be for a fancy event or just hanging out with friends.

Hoshinoumi Academy is a special school for those with unique abilities. Nao Tomori is the Student Council president. She has long white hair and big blue eyes.

She recruits Yu Otosaka, a transfer student who can possess people's bodies for five seconds, to join the Student Council in order to keep him from abusing his power.

Recommended:
36 Anime Girls With Long Hair Who Are Stunningly Pretty

Kagura is an adorable airhead from the Yato tribe who uses her stomach in deciding. She's fiercely loyal to her friends but a hot-tempered red hair. Kagura loves to fight, and she usually wins. But her carelessness often gets her into trouble.

Yukinoshita Yukino is the perfect example of beauty and brains. She ranks at the top of her class. She's also quite popular among her peers, despite her aloof personality.

Yukino is the type of person who doesn't sugarcoat her words. Whether it's acing her next test or helping a friend in need, she gives everything her all.

Mion Sonozaki has green hair and blue eyes. These two combinations make her distinctive in any crowd.

Her sarcastic personality and sharp wit are a refreshing change of pace from the serious tone of the show. Finally, her deep understanding of the complex politics of her family gives her a unique perspective.

Recommended:
26 Anime Girls With Brown Hair Who Have Awesome Personalities

Rachel Gardner is a small girl and has blonde hair with blue eyes. She is calm and collected but also ruthless, selfish, and manipulative.

She barely understands morality and has cruel impulses. Well, she is an angel of death and is going to do whatever she wants to get it.

As the revenge-seeking protagonist, Ryuko Matoi is one tough cookie. With her blade that looks like half of a scissor, she's out to find her father's killer.

But she didn't always have such a serious side. In fact, Ryuko used to be quite the cutie. Back when her father was still alive, she was always smiling and full of life.

Meet Satou’s aunt is the antagonist of Happy Sugar Life. This mystery woman has purple hair, and striking blue eyes.

She glares as if she looks directly into your soul. She's dangerously insightful from observing others.

Rin Tohsaka is the perfect example of a student who has it all together. At school, she's considered a role model by many of her peers, thanks to her excellent grades and impeccable behavior.

But beneath that polished exterior lies a fierce competitor, one who is determined to win the Fifth Holy Grail War in order to uphold her family's legacy.

Who has the best eyes in anime?

In anime, many characters have excellent eyesight. In terms of raw ability, few can match the likes of Gon Freecss from Hunter x Hunter or Yoruichi Shihōin from Bleach.

What is the most popular eye color in anime?

Blue eyes can be a sign of innocence and purity, or conversely, coldness and detachment. In either case, blue eyes are often associated with characters who are sympathetic and easy to empathize with.

What do blue eyes mean in anime?

Indeed, the color blue itself is often associated with calmness and serenity. Whatever connotations blue eyes may have in the world of anime, one thing is certain: they always add an extra layer of depth to a character.

Who do you think has the bluest color? Comment below!