Spring is the season of new beginnings; this is why the anticipation for new anime each spring season is always on steroids. Of course, “Spring 2022 Anime” season is no different.

Well then, let’s talk about a few of them.

The top 10 Most Anticipated Spring 2022 Anime 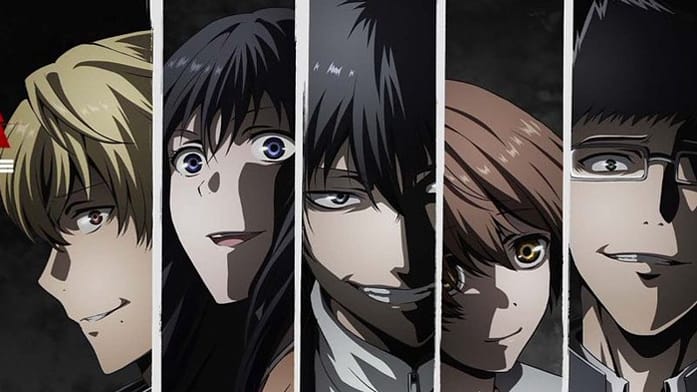 Based on one of the most acclaimed psychological manga series of recent times. Tomodachi Game is story that features a group of friends who are stuck playing a supposed “friendship game.”

It will test the dexterity of their friendship and bonds with each other.

Sadly, human relationships are hardly ever all sunshine and rainbows.

If you are someone who seeks entertainment that is outside the box. The narrative of this anime will set you up for the Spring 2022 Anime season.

While it may apparently seem like just another Rom-Com, it’s only after you properly dive into the story that you realize just how wrong that initial impression was. Manga readers would already know.

It’s a story about a guy who continuously pushes forth and struggles to get to a future where he, his friends and family can all stay alive in one piece.

Without them even realizing it. He continues to suffer. All alone. Or does he?

A little supernatural spice that will spice up the Spring 2022 Anime season for you!

3. Kakkou no Iinazuke (A Couple of Cuckoos)

A Couple of Cuckoos is a supposed harem comedy and definitely a must watch for fans of this genre.

A guy was switched at birth. When the has realized this after all these years and is finally on the way to meet his real parents. A young and energetic girl named Erika comes up and tries to make him her boyfriend. Her motive?

Well, it is for the sole purpose of escaping an arranged marriage that she doesn’t want.

As it turns out, she is the girl with whom he was switched at his birth, and now, their parents have each decided to marry them off to each other. But will this relationship even bloom?

She doesn’t have the slightest idea about abstract concepts like personal space or privacy. One moment, she is in your face, and the next moment, its ‘Adios.’

The only known individual who can properly comprehend the sheer complexity of her behavior is the guy who sits next to her in class. They are best friends, and this anime is a comedy about their school lives.

Finally, at the number one spot, we have the most anticipated Spring 2022 Anime.

An anime adaption of a manga that was the 14th highest selling manga franchise in 2021. Pretty rad considering how it didn’t even have an anime back then.

As for the plot. This is a story about a family who isn’t related by blood but due to reasons, they end up having to start a family together.

The dad is a spy, the mom is a hitman, and the daughter is an esper.

Now, how will be able to continue on their new lives all the while hiding their secrets and carrying out their jobs?

So, there you go folks, these were the most anticipated spring 2022 anime.

Hope you now know which shows to keep an eye on going into this season.

There are a lot of characters in the Dragon Ball universe. Over time, Akira Toriyama has introduced new and more powerful characters to battle against END_OF_DOCUMENT_TOKEN_TO_BE_REPLACED

Tokyo Ghoul is a dark, gritty anime that tells the story of humans living in fear of Ghouls: beings that look human but survive by END_OF_DOCUMENT_TOKEN_TO_BE_REPLACED

What would you do if you could take out your enemies with a single punch? For most people, the answer is nothing, because they don't END_OF_DOCUMENT_TOKEN_TO_BE_REPLACED

Eye color in anime varies. You have blue, purple, gold, brown, black, and red. Typically, anime characters with red eyes are either demons, vampires, or END_OF_DOCUMENT_TOKEN_TO_BE_REPLACED

Fans are no strangers to anime characters with purple eyes. Though it's not a particularly common eye color, there are still quite a few anime END_OF_DOCUMENT_TOKEN_TO_BE_REPLACED

We all know that anime is full of beautiful characters. But sometimes, there are some ugly anime characters too. Today we're going to take a END_OF_DOCUMENT_TOKEN_TO_BE_REPLACED