Calling “Pokemon” legendary is an understatement.

It is by far among the greatest, most popular franchises of any medium. From making hundreds of millions of children dream to helping us all smile. Be it the anime, the movies, the games or even the card games.

The influence of Pokemon, the nostalgia, and the memories we’ve all made while experiencing it. They are a part of us.

So why not recall another beautiful aspect of this series. The Pokemon Life Lessons!

Well then, shall we begin?

7. Go Out and Live Your Life 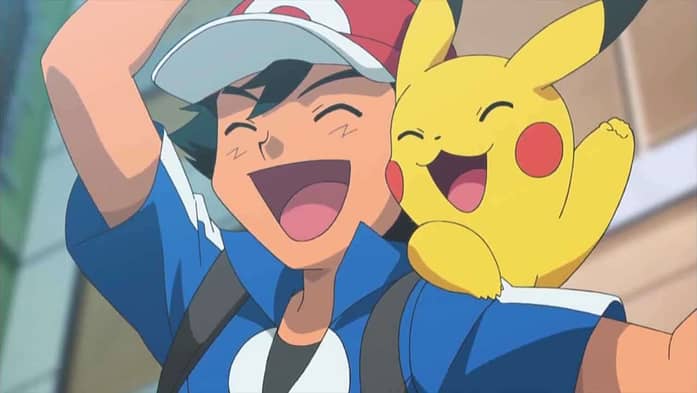 “The important thing is not how long you live. It’s what you accomplish with your life.” - Grovyle

At the tender age of 10, young trainers from all over the world leave on a journey, a tale full of adventures, new people, unchartered territories, and the friends you make along the way.

It’s a testament to living your life!

6. Losing is a Trial by fire

“Even if you lose in battle, if you surpass what you’ve done before, you have bested yourself.” - Marshall

Ash has probably lost more times than he has won, but he keeps continuing on. One region after another, he doesn’t give up on his dream.

That’s just how you should live your live, isn’t it?

5. True Love Means seeking the Best for them

“Even if you lose in battle, if you surpass what you’ve done before, you have bested yourself.” - Brock Harisson

When Ash envisioned that his dear Butterfree would live a better life flying with its kind, Ash decided to set it free.

The decision was difficult, the farewell was heartbreaking, but because he loved Butterfree, he made this decision.

4. You don’t have to be liked by everyone

“There’s no sense in going out of your way to get somebody to like you.” - Ash Ketchum

Going on a pursuit means you’ll come across all sorts of people. There is no point in getting people to like you. Life is no different.

3. You don’t have to force yourself to Change

“Turning into a Raichu is one of my biggest fears. I am happy the way I am at the moment.” - Pikachu

Back in the Vermillion City, Pikachu faced a tough dilemma. Should he use the thunder stone to evolve?

He thought about it, pondered over it, and in the end decided not to. There is no need to change when you don’t need to.

2. Farewells are a part of life

“The more wonderful the meeting, the sadder the parting.”

Since there are so many journeys, Pokemon is also full of farewells. We see Ash part ways with his friends, time and time again. But as Ash said himself,

“You see, sometimes friends have to go away, but a part of them stays behind with you.” - Ash Ketchum

Understanding how you’ll eventually part ways makes the time you spent together all the more valuable. This notion is genuinely among the most beautiful Pokemon life lessons.

Which brings us to the next one.

“If there is someone in this world who understands you, it feels like that person is right beside you. Even if you’re as far apart as the end of the land and top of the sky.” - Giallo

No doubt, Ash’s greatest friend is Pikachu. They have been through so much together. No matter the situation, they are always there for each other, and even if they aren’t, as is the case with many friends.

You can feel it in your heart that they are still there for you.

So there you have it folks, these were the 7 Pokemon Life lessons you should always remember!

28+ Inspirational Pokemon Quotes That Will Motive You In Your Life

Tokyo Ghoul is a dark, gritty anime that tells the story of humans living in fear of Ghouls: beings that look human but survive by END_OF_DOCUMENT_TOKEN_TO_BE_REPLACED

What would you do if you could take out your enemies with a single punch? For most people, the answer is nothing, because they don't END_OF_DOCUMENT_TOKEN_TO_BE_REPLACED

Eye color in anime varies. You have blue, purple, gold, brown, black, and red. Typically, anime characters with red eyes are either demons, vampires, or END_OF_DOCUMENT_TOKEN_TO_BE_REPLACED

Fans are no strangers to anime characters with purple eyes. Though it's not a particularly common eye color, there are still quite a few anime END_OF_DOCUMENT_TOKEN_TO_BE_REPLACED

We all know that anime is full of beautiful characters. But sometimes, there are some ugly anime characters too. Today we're going to take a END_OF_DOCUMENT_TOKEN_TO_BE_REPLACED

Some people say that green eyes are the most beautiful eyes color both in real life and in anime series.If you're an anime fan, then END_OF_DOCUMENT_TOKEN_TO_BE_REPLACED