Some people might think that this mysterious color would be hard to pull off in animation, but these 20 characters prove otherwise!

Whether they're good or evil, their purple eyes definitely stand out and make them unique. 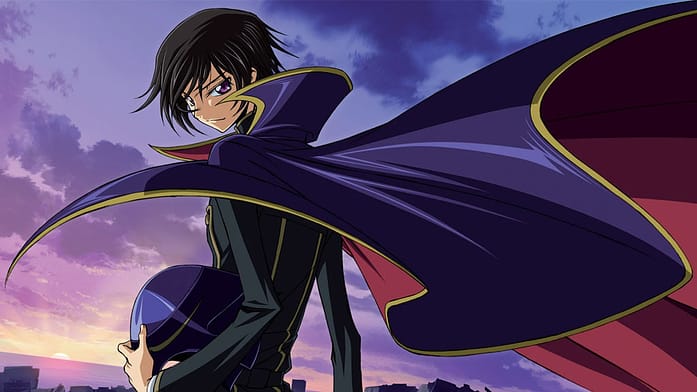 Lelouch is a talented young man with a sharp mind and piercing violet eyes. This main character is of average height with dark hair that is styled with a very regal air.

He carries himself with an air of authority and power, befitting of his status as a member of the Britannian prominent family.

While he may seem cold and distant at times, those who know him well know that he is a kind and caring individual.

Hatori Sohma is the family doctor in the series Fruits Basket. His quiet, no-nonsense personality is reflected in his very unique purple eyes.

Their soft shade perfectly represents the subtlety of his character. He's clever, responsible, and cares very much for those around him.

He also happens to be the dragon of the Zodiac, a fact that he keeps hidden from most people. Hatori's serious and mature look belies his hidden feelings for those he loves.

With his outrageous hair, Yugi Muto is certainly an unforgettable sight. For starters, he's the star of the wildly popular Yu-gi-oh anime and trading card game.

He's also a master strategist, always able to come up with the perfect plan to defeat his opponents. But perhaps his most impressive quality is his compassion.

Yugi is always quick to comfort those who are feeling down, and he's always willing to lend a listening ear.

Kenshin Himura's deep violet eyes are beautiful, but they also hold a lot of history. As the former Hitokiri Battōsai, Kenshin was responsible for many deaths.

He's spent his life since then trying to atone for his past sins.

Whenever his mannerisms revert back during a fight and his eyes turn into piercing gold, it's a reminder of his past self and how much he's changed. Kenshin is now a peaceful defender, and his eyes in violet color represent his new life.

Tomoe is one of the most popular characters in Kamisama Kiss. While he starts off as a grumpy, hostile demon, he slowly becomes more mellow and playful as the story progresses.

One of the things that makes Tomoe so likable is his solid reasons for his behavior. In Kamisama Kiss, a human once betrayed him, which has made him jaded and suspicious of them.

But over time he comes to trust Nanami, and even falls in love with her.

Toge Inumaki is a Jujutsu Sorcerer born into a family of sorcerers with a long history of fighting demons. He is a shy and often silent, due to his ability to force anyone to do whatever he says.

This power extends to any word he says, regardless of language used by a person. As a result, Toge communicates only with ingredients used to prepare rice balls. Despite his introverted nature, Toge is a powerful sorcerer with stunning purple eyes.

One of the main characters in Tokyo Ghoul is Shū Tsukiyama. He wants to eat Kaneki desperately.

Shū is known as "Mr. MM" at the Ghoul restaurant where he works, and his kagune (Ghoul powers) are of the armored type. He is a dangerous and powerful opponent, but ultimately Kaneki defeats him.

Tokyo Ghoul is a great anime with fascinating characters and an interesting plot, and Shū Tsukiyama is one of the best parts of it.

Recommended:
28+ Of The Most Realistic Tokyo Ghoul Quotes

Julius Novachrono, the Mage Emperor of the Clover Kingdom, is a powerful magic user. He has a childlike nature and is often more interested in researching and discovering new types of magic than he is in ruling his kingdom.

This was particularly evident when he disguised himself as a commoner to research black clover magic.

However, his power and passion for magic always manage to defend the kingdom during troubled times.

Pain is the mysterious head of the Akatsuki organization in the Naruto universe. He is a powerful figure, teaming up with Konan and sitting in the hidden village of Soul.

His name actually refers to six different bodies, each with unique abilities. Pain is a feared and respected character in the Naruto universe.

He is a powerful shinobi who has caused much pain and destruction. Naruto fans will enjoy learning more about Pain and his role in the Akatsuki organization.

Byakuya Kuchiki is one of the most stoic and respected captains in the Gotei 13 of Soul Society. He comes from a long line of nobility, and his unshakable resolve is legendary

However, when his sister Rukia is facing execution, he is deeply troubled. He knows that as head of the Kuchiki family, he must uphold their honor and reputation.

In the end, he makes the difficult decision to try and save her.

Shinobu Kocho is a tall and slender young woman with black hair that has a faint purple tinge, deep purple eyes, and pale skin.

She is a member of the Kocho Clan and the current Insect Hashira, or Pillar, of the Demon Slayer Corps.

This amazing ordinary girl is also the sister of the late Flower Hashira Kanae Kocho and Kanao Tsuyuri. Her signature weapon is a large black sword with a purple hilt.

Homura Akemi is a lonely and insecure girl who craves attention and validation. Her magical girl form perfectly complements her stoic eyes.

The purple of Homura's costume and eyes add to her mysterious role in the series while enhancing her cold and distant personality. Homura is initially envious of Madoka's magical girl form, but she comes to accept it as part of Madoka's identity.

Ultimately, Homura's magical girl form is a reflection of her lonely and inward-looking nature.

With blue hair cascading down her back and a pair of eerie red eyes, Tōka Kirishima is a striking figure.

As a ghoul, she is powerful and dangerous. Despite this, she is also kind-hearted and caring, always looking out for those weaker than herself.

The combined strength and vulnerability make her one of the most compelling characters in Tokyo Ghoul.

Rika Furude is a surprisingly scary character. She may look like a sweet and innocent shrine maiden, but her violet eyes reveal a dark and jaded soul.

This girl has been through a lot of pain in her life, both mental and physical. As a result, she has become quite jaded with life.

However, there are still some people that she cares about. For example, she is very protective of her little brother Satoshi.

As any anime fan knows, waifu anime characters are more than just a pretty face. She's an idealized version of the perfect woman who is strong and capable.

Mito fits this description perfectly. Plus she an accomplished fighter and member of the Guren Squad, but she's also from a prestigious family.

At first glance, Rukia Kuchiki comes across as an aloof individual. She's frequently seen with a serious expression on her face.

Often, her eyes seem to convey a deep sense of wisdom. But those who know her realize she's compassionate to others. As a skilled Soul Reaper, she's tasked with guiding the souls of the dead to the afterlife.

It's a daunting responsibility, but she shoulders it with strength and courage.

Ichinose Kotomi is a childhood friend of Tomoya Okazaki in the anime Clannad. She is extremely intelligent, ranking at the top of her class.

This girl spends most of her time reading books in the school library. Kotomi is small for her age, and she has purple hair and violet eyes.

She is a gentle person, often helping other people, even though she has trouble speaking with them herself.

Kyouko Kirigiri is a compelling character whose purple aesthetic adds to her mystery. She has light purple eyes and lavender hair.

In the anime Danganronpa: The Animation, Kirigiri is a student who is essential to the group's survival. Her sharp mind and quick thinking make her a valuable asset.

Everything about Kirigiri's design makes her feel like a powerful and capable character, and her very striking appearance and color palette adds to her enigmatic appeal.

Emilia is a powerful half-elf girl who is a spirit arts user. She is skilled in magic and uses it to form contracts with various spirits. One of the spirits she has formed a contract with is the Great Spirit of Fire, Puck.

Emilia is also notable for her white hair, which is a symbol of her pure innocence. Despite her young age, she is a determined and brave girl who is always striving to better herself.

Erina Nakiri is the protagonist of the popular anime series, Food Wars. She comes from a prestigious and prominent family and is considered to be the best cook in the world.

As such, she seems like the perfect person at first glance. However, Erina has flaws too. For instance, she has limited social skills.

She's also quite beautiful, with long purple almost pinkish hair and eyes that seem to shimmer with intelligence.

Violet eyes are a form of blue eyes. It is a very mysterious color and often represents a very dynamic character in the anime. Comment down your favorite.

Tokyo Ghoul is a dark, gritty anime that tells the story of END_OF_DOCUMENT_TOKEN_TO_BE_REPLACED

We all know that anime is full of beautiful characters. But sometimes, END_OF_DOCUMENT_TOKEN_TO_BE_REPLACED

Eyes are considered the windows to the soul, so it's no wonder END_OF_DOCUMENT_TOKEN_TO_BE_REPLACED