24 Of The Best Highschool DxD Quotes For Anime Lovers

If you're an anime lover, then Highschool DxD is one show that you don't want to miss. The characters are memorable and the quotes are unforgettable.

In this blog post, I have collected 24 of the best Highschool DxD quotes for your enjoyment! 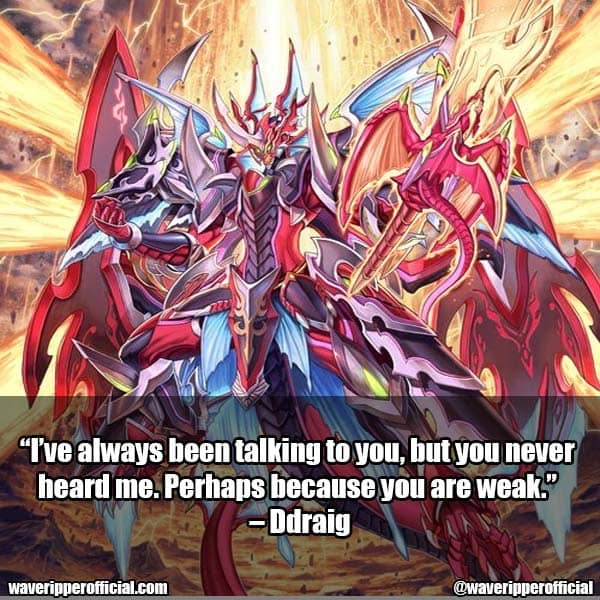 “I’ve always been talking to you, but you never heard me. Perhaps because you are weak.” – Ddraig

“I want you to remember him. The man called Issei Hyoudou.” – Ddraig

“Even a fool can make the impossible possible if he sticks with it to the end.” – Ddraig

“A dragon’s arm doesn’t suffer from a demon’s weakness.” – Ddraig

“Twice nothing is still nothing.” – Raynare

“What you think of as peace can be painful to others.” – Vali

“I can’t help what I’ve already received. I’ll use this gratefully!” – Kiba

“Things in this world usually turn out okay. There’s no point in worrying about the future.” – Azazel

“Even the phoenix that rises from the ashes can’t recover instantly from mental damage.” – Akeno Himejima

“Maybe it wasn’t such a good idea to taunt her like that. Whoopsie on you!” – Akeno Himejima

“I just believe in my own body, that’s all.” – Sairaorg Bael

“We haven’t lost yet! You lose when you’ve given up!” – Rias Gremory

“if a pawn advances deep enough into the enemy’s territory, it can be promoted to any other piece besides the king.” – Rias Gremory

“Pawns are important. They’re not the weakest piece in the game by any means.” – Rias Gremory

“You should never go out with someone you don’t even love. That’s just wrong.” – Issei Hyoudou

“Once I stop sucking at this devil sh*t, I’ll get all the ladies I want.” – Issei Hyoudou

“I’m not going to be discouraged by fate.” – Issei Hyoudou

“If this is a fate we cannot escape, then we have to be positive about it!” – Issei Hyoudou

“It doesn’t matter what that moron’s abilities are. He doesn’t stand a chance against Lady Raynare!” – Dohnaseek

“It doesn’t matter what that moron’s abilities are. He doesn’t stand a chance against Lady Raynare!” – Dohnaseek

I hope you enjoyed these 24 Highschool DxD quotes as much as I enjoyed finding and sharing them with you.

If there are any anime quotes that you’d like to see in a future blog post, please let me know in the comments below. Thanks for reading and have a great day!

If you're a fan of Goblin Slayer, then you know that the show can be pretty dark and violent. But it's also full of inspiring END_OF_DOCUMENT_TOKEN_TO_BE_REPLACED

In One Piece, there are many memorable quotes from the different characters. Whether they are funny, inspiring, or heartbreaking, these quotes stay with you long END_OF_DOCUMENT_TOKEN_TO_BE_REPLACED

Kakashi Hatake is one of the most popular characters in the Naruto series. He is known for being a skilled ninja, as well as his END_OF_DOCUMENT_TOKEN_TO_BE_REPLACED

Might Guy is one of the most entertaining characters in "Naruto Shippuden". He's always cracking jokes, and he's never afraid to speak his mind.In fact, END_OF_DOCUMENT_TOKEN_TO_BE_REPLACED

In the anime series Naruto, there is one character who always stands out to me and that is Gaara. He is a complex character with END_OF_DOCUMENT_TOKEN_TO_BE_REPLACED

Fruits Basket is a Japanese manga series originally serialized in a magazine called Hana to Yume from 1998 to 2006. It follows the Sohma family END_OF_DOCUMENT_TOKEN_TO_BE_REPLACED