Calling all anime fans! Are you ready to jump into a hot and heavy debate about the hottest Chainsaw Man female characters?

Whether you're new to this explosive series about Public Safety Devil Hunters or an avid viewer since the start of its wild ride, these fantastic female roles have been around from the beginning, pinning viewers down in anticipation for each episode.

So let’s dive in and explore which ladies made our top 14 Hottest Female Characters Ranked list. Who will make number one?! 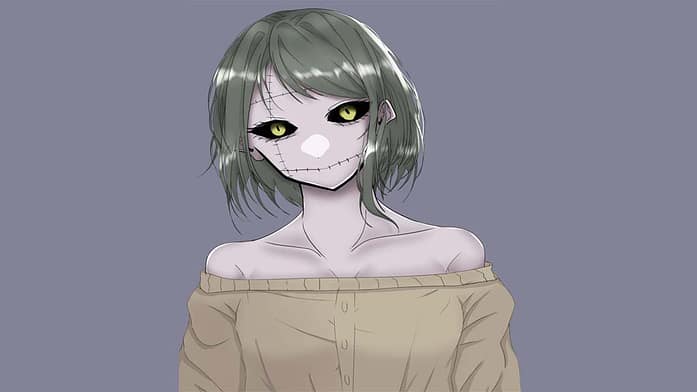 With her short green hair and strange yellow eyes, Tsugihagi seems like one of eerie children from old tales.

The stitches that cover much of her skin add an odd, macabre touch. They give the impression she is held together by unnatural means.

Her pale skin, with a gray hue in its shading, is complimented by a long black skirt, loose yellow cardigan with four buttons, and black clogs.

Abilities Tsugihagi possesses are still unknown. But it can be assumed she retains all the other devil powers like any other entity from beyond this world.

Pingsti stands out with her gorgeous and unique eel-like hairstyle. The longer side bangs that perfectly frame her beautiful face add a mysterious allure.

Aside from looking like an absolute star, she also has a charming personality to go with her eye-catching looks. When she talks, you can detect an exotic accent in her voice.

The look of playfulness in her eyes makes it impossible not to blush. All in all, Pingsti's young womanly beauty, paired up with her lively energy, makes for one captivating character!

With her young face, intense gaze, and long scar below her eyes, Michiko Tendo was a young woman who commanded attention.

Her hair, usually tied back in a messy bunch with two large strands framing her face only added to her appeal as one of Chainsaw Man female characters.

Despite her tough look however, Michiko possessed a softer side that truly made hearts melt.

Her sensitivity often gives people unexpected glimpses of the young woman underneath the rough exterior.

One of the chainsaw man female characters, Nayuta, is seen to be involved in a kind of reincarnation cycle.

While little is known about her personality, she has a fondness for animals based on her interactions with Makima’s dogs.

This implies that just like her predecessors, she loves dogs and may have a range of other endearing qualities as well.

Despite all of the secrets that surround Nayuta, from her lineage to this mystical phenomenon, she surely adds mystery and sparks to the chainsaw man series.

Possessing a chainsaw-shaped body and wielding a power that grants divine knowledge, Cosmo is one of the most terrifying female characters in Chainsaw Man.

She is one of Quanxi's harem and is the Cosmos Devil. Though people rarely know more than the fact that she only says "Halloween," those who have encountered her firsthand have witnessed the devastating power she wields.

Once given knowledge from the universe, victims are consumed by her force, leaving them to chant “Halloween” with no hope of stopping her.

Long may be labeled the quieter member of Quanxi's harem. But don't let her soft demeanor fool you!

She has a wild streak about her, with dark red hair that almost appears to have been in disarray since the day she was born.

Paired with the pair of red horns atop her head, Long radiates a seductive air. As if that wasn't enough, she can breathe fire from her mouth. How's that for sizzling charisma?

Akane is one of the coolest Chainsaw Man female characters and an ex-civilian devil hunter. She has snake-like eyes and short hair, making her fairly recognizable.

With a contract to summon the Snake Devil at will, but not able to do so while her hands are tied, Akane works excellently as an agent of the Gun Devil.

Her calm demeanor almost suffices through Makima’s counterattack even though her subordinates were dropping like flies. She only succumbs to panic when the situation became particularly dire.

Cool and collected yet determined with snake-like eyes to hunt devils, this makes Akane a formidable, out of the many devil hunters.

As a spider devil, Prinz instills fear in any humans that cross her path.

She can heal herself with human blood. This young woman has the ability to come and go from Earth and Hell at will.

Not only does she have the power to submerge into walls. She can also summon certain people anywhere at a moment's notice.

This is an intimidating combination of abilities that made Makima decide to recruit Prinz into the team instead of killing her on sight.

Kobeni Higashiyama may come off as cowardly and timid. But even with those character flaws, she's found her place in the Public Safety Devil Hunters.

Despite being daunted by the Ghost devils, Kobeni is able to tap into her inner strength. She becomes an efficient fighter with the help of her Special Division.

Through a series of unfortunate events, Kobeni was forced to become a Devil Hunter in order to support her family or face becoming a prostitute.

But with this opportunity she's managed to overcome her fear and even win against top Ghost devil villains such as Katana Man on her own terms.

Santa Claus knows true power and holds it strategically. She absconded to the Soviet Union and employed a "perfect puppet" as her negotiator.

At first glance, Santa shows herself to be a charmer demanding of children both male and female in return for the evil chainsaw devil from Japan.

Although an ominous task, it's merely a precursor to prepare those same children for their next doll trial.

With patience and ingenuity, she was able to organize a deal between the Hell Devil with three of those same kids and her exact perfect doll.

Though she remains one of the lesser-known female characters in Chainsaw Man, Himeno is truly remarkable. She is a battle-ready Devil Hunter working under Makima and later paired with Aki.

Her calm and seductive demeanor quickly drew the attention of her fellow male Chargers. The ultimate testament to Himeno's intrepidity is her contract sealed on her eye (with an imposing eye patch) in order to battle against the Eternity Devil.

This iconic exchange, often referred to as French Kiss, enabled her to achieve feats previously unimaginably.

Quanxi has great devil-hunting skills and exotic good looks. Her relationship with trainer Kishibe had a certain kind of charm, as he taught her the ways of hunting devil beasts.

Not one to be easily intimidated, Quanxi held her head up high even when put in difficult positions with devil beasts surrounding her.

Looking as sexy as ever in her stylish white outfit, it's no wonder that she quickly became one of the most iconic female characters in Chainsaw Man.

Reze is an enigmatic figure hailing from the Soviet Union. She looks like an ordinary college student who worked at a coffee shop. However, she is anything but ordinary.

She is a bomb devil and a highly effective assassin. Armed with a set of blades and her superpower, Reze went about her work like a silent storm.

She slashes her way through hordes of Safety Division officers as if they are just sacks of straws.

Reze held close to no regard for protecting herself when transformed into a bomb devil. She often explodes parts of her body when it was strategically useful.

She may be a blood fiend who controls her own blood and has the privilege of being one of three members of the Makima Squad.

Despite claiming to be the most beautiful and smartest being on the planet, she is actually quite homicidal, a habitual liar, a thief, and ignorant when it comes to decision-making.

She is also known for being quick to flee from dangerous situations, even if it means that her comrades have to suffer in her stead.

Yet no matter the situation or circumstance, Power still persists as one of the strongest Chainsaw Man characters.

Makima is the perfect villain. Not content to simply exist in her perfect world, she utilizes her position as the Control Devil to manipulate any being weaker than her to her own ends

Her manipulation includes the powerful hero from hell, Chainsaw Man. Makima would plan and scheme on a grand scale, so she can achieve a perfect world with no Devil threats.

The extent of manipulation and murder she will stop at in order for this utopia to come about is daunting.

But yet Chain Saw Man stands as a symbol of hope that one-day justice will be served.

So, who is your favorite among these Chainsaw Man female characters?

If you’re an anime fan, chances are you know about the popular END_OF_DOCUMENT_TOKEN_TO_BE_REPLACED

Tokyo Revengers is an anime series that is full of quotable moments. END_OF_DOCUMENT_TOKEN_TO_BE_REPLACED

Are you an anime fan looking for inspiring words? You've come to END_OF_DOCUMENT_TOKEN_TO_BE_REPLACED

As an anime fan, you can't help but love some of the END_OF_DOCUMENT_TOKEN_TO_BE_REPLACED