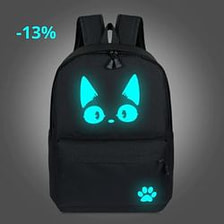 It's no secret that Assassination Classroom is one of the funniest anime around. With its clever jokes and over-the-top storylines, the show never fails to entertain.

However, what you may not know is that the show is also home to some of the craziest quotes around. Here are just a few of my favorite ones!

20+ Of The Best Assassination Classroom Quotes

“Please remember that there are times to take someone’s hand and lead them along… But also times when you must be stern and let them fend for themselves.” – Koro Sensei

“You may have grown too strong. Drunk on your own power, you forgot to put yourself in the shoes of someone weaker than you.” – Koro Sensei

“Whether a fish lives in a clear stream or a water ditch, so long as it continues swimming forward, it will grow up beautifully.” - Koro Sensei

“The world will always be filled with injustice. If you have time to give up or hold a grudge against that injustice, then use that time to enjoy battling those injustices instead.” – Koro Sensei

“Those who can't do what they have to when the time comes for action will find their presence fading in our classroom. An assassin who neglects to sharpen his blade is no assassin at all. He's just a boastful brat swinging around a rusty sword.” - Koro Sensei

“Honestly, there isn’t much meaning to the splendid names given to you by your parents. What does have meaning, is what the person behind that name does during their actual lifetime. The name doesn’t make the person. The name simply remains gently within the footprint left on the path a person walks.” – Koro Sensei

“Exams are an opportunity to teach correctly the meaning of winning and losing, of strong and weak. Students soak up heaping helpings of successes and setbacks. Take in now what it means to win, what it means to lose!” – Koro Sensei

“The past you’ve lost will never come back. I myself have made so many mistakes… But we can learn from the past so we don’t repeat it.” – Koro Sensei

“If I wasn’t prepared to be flexible as the situations demands, I wouldn’t have become a teacher.” – Koro Sensei

“It’s dangerous for them to grow up without experiencing true competition. Because they’ll keep whining, even without taking the matter seriously. For those with a high level of aptitude… The sooner they know the frustration of defeat, the greater their growth will be.” – Koro Sensei

“If something is possible, carry on as planned. Even if it isn’t possible, do it anyway.” – Karasuma Tadaomi

“Every experience is a tool to clear your path.” It was none other than those students who taught me that.” – Karasuma Tadaomi

“It’s all fun and games until things get real.” – Nagisa Shiota

“Anything can be a sword if you polish it enough.” – Nagisa Shiota

“If that treetop is school, and the ground is this place here… we all found our strength down on the ground. While looking up… and getting looked down on… we learned plenty about how scary heights were before we started climbing. That’s why we can go our own way now. Still… Somewhere along the way we forgot our fear of heights, so we do still fall to the ground every now and then. So learn here. You can go on to school once you have a game plan. That’s my secret lesson, from me to you.” – Nagisa Shiota

“Examined from another angle, your faults and weaknesses can be weapons.” – Nagisa Shiota

“Don’t let that confidence be your undoing my boy. Things change. The scales can tip in the favor of the rabble in an instant. The elite do well to take heed.” – Gakuho Asano

“Total victory is scoring an easy win by doing what you always do.” – Karma Akabane

“If you’ve got time to point fingers, then how about using your head to figure out what you want to do about it?” – Karma Akabane

“People with talent often have the wrong impression that things will go as they think.” – Karma Akabane

“Whatever you kids decide, think it through first. Feelings are difficult to kill, but they’re a lot harder to resurrect.” – Irina Jelavic

Assassination Classroom is a fantastic show. If you're an anime fan and haven't given it a try, I highly recommend checking out the series!

What's your favorite quote from the show?

Let me know in the comments below! And don't forget to subscribe to my blog for more fun posts like this one. Happy viewing!

Hunter x Hunter anime is one of the more underground, yet extremely popular Shounen with a large fanbase worldwide.And the quotes are some of the END_OF_DOCUMENT_TOKEN_TO_BE_REPLACED

It's no secret that Assassination Classroom is one of the funniest anime around. With its clever jokes and over-the-top storylines, the show never fails to END_OF_DOCUMENT_TOKEN_TO_BE_REPLACED

If you're an anime fan, you've probably watched Darling In The Franxx by now. And if you have, then you know how great the dialogue END_OF_DOCUMENT_TOKEN_TO_BE_REPLACED

Ever felt like you need an encouraging word to unleash your inner warrior? If so, then this blog post is just for you!Demon Slayer has END_OF_DOCUMENT_TOKEN_TO_BE_REPLACED