When I first started to watch manga series, I was surprised to find out there were a lack of certain mythological creatures. Fans of anime know that we seldom come across creatures such as dragons and unicorns.

Did Unicorns And Dragons Exist?

I believe that both dragons and unicorns used to exist. Dragons are mentioned in folklore from all over the world. The Welsh have a tradition of unicorns and so does China and Japan. As a matter of fact, different species of dragons may have existed.

Unicorns in anime are even more rare than dragons. While there is little proof that  unicorns did once roam the earth, many cultures have a unicorn or two firmly embedded in their folklore. According to Greek mythology, unicorns lived in India.

The Magical Powers Of The Unicorn

Unicorns are rumoured to have had magical powers. They could heal wounds, detect poisons and purify water. You would have thought they would make the perfect companions for many anime heroes. Their horn could also be used for defence. According to Scottish mythology, they used their horns to defend themselves against tigers. As we all know, tigers do exist in India.

There are other examples of animals with horns including narwhals. They also used to be thought of  mythological by sailors. Maybe the poor unicorns were hunted to extinction for their horns just like we hunt the rhino.

Unicorns, or at least unicorn concepts, have started to turn up in anime series. Here is a list of anime unicorns you can check out: 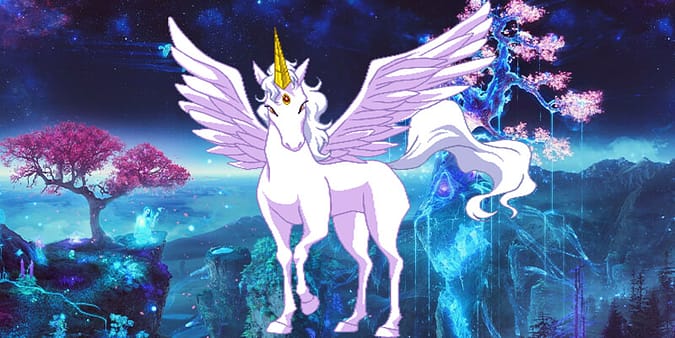 Unita from The Time Detective

I for one would like to think that unicorns did exist. Maybe they will come back one day or we will be lucky enough to find some unicorn DNA.

Now I am off to begin my search for the Yeti or Sasquatch depending on what flights I can find. Wish me luck...

From The Mind Of YaYa

Tokyo Ghoul is a dark, gritty anime that tells the story of humans living in fear of Ghouls: beings that look human but survive by END_OF_DOCUMENT_TOKEN_TO_BE_REPLACED

What would you do if you could take out your enemies with a single punch? For most people, the answer is nothing, because they don't END_OF_DOCUMENT_TOKEN_TO_BE_REPLACED

Eye color in anime varies. You have blue, purple, gold, brown, black, and red. Typically, anime characters with red eyes are either demons, vampires, or END_OF_DOCUMENT_TOKEN_TO_BE_REPLACED

Fans are no strangers to anime characters with purple eyes. Though it's not a particularly common eye color, there are still quite a few anime END_OF_DOCUMENT_TOKEN_TO_BE_REPLACED

We all know that anime is full of beautiful characters. But sometimes, there are some ugly anime characters too. Today we're going to take a END_OF_DOCUMENT_TOKEN_TO_BE_REPLACED

Some people say that green eyes are the most beautiful eyes color both in real life and in anime series.If you're an anime fan, then END_OF_DOCUMENT_TOKEN_TO_BE_REPLACED